4 Tips To Help You Adhere To Your Diet

When it comes to losing weight and losing fat, diet and adherence to that diet is going to be absolutely key.

But, we all know that sticking to a diet is sometimes easier said than done, after all we are all human, right? In this post, we want to highlight to you not only the potential impact of dietary lapses but also when and where they are most likely to happen.

Chances are that if you're reading this post, at some point in your life, you've been on some form of diet. Whether it be weight watchers, keto, slimming world or Atkins, I'm sure you've probably tried at least one of those. Now, it doesn't matter which of these diets you've tried or you're currently trying, it will only be as successful as you are sticking to the diet itself.

So, let's break down some of the challenges that you're most likely to encounter whilst on a diet. Most stumbling blocks will fall into one of two categories - internal pressures and external pressures.

Internal pressures: ​Emotions that we feel like stress. Some people eat more when they're stressed and others don't. Other internal pressures could be tiredness, boredom or deprivation. For example, when we are on a diet we tend to deprive ourselves of the foods we enjoy which in turn tends to increase your want for them.

External pressures: ​Things like going to a social event where people pressure you into having just one biscuit or just one drink. Another example is social expectations, where you might go out for a meal with friends and it's expected that you have a pudding after your main meal. Mindless eating is another example, say for instance where you're sat in front of the television with a bag of crisps and you end up eating the whole bag.

As well as understanding the pressures that can affect your adherence to a diet, it's also important to know when and where you're most likely to have a dietary lapse. In 2017, a study of 189 overweight females concluded that the risk of a dietary lapse was higher in the evening, on a weekend and when a person was at home.

With all of this in mind, here are our suggestions to help you adhere to your diet:

1. Have a goal and a plan of how you're going to get there.

When thinking of a long term goal it's important for that to be your ultimate reason why. This is something I always delve quite deep into during a client consultation. It's the reason that's going to keep you on track when you feel like giving up.

Once you've got that goal, come up with a plan of how you're gonna achieve it. For people that train with us, they'll tell you that we're big advocates of MyFitnessPal, but we know this system

doesn't work for everyone. So, whether your plan is calorie tracking, intermittent fasting or a weight loss club, make sure that it's a plan that fits with you and your lifestyle.

Having people around you that support you on your journey is key. Having a partner who sits down in front of you eating a McDonalds or a friend who brings a Banoffee Pie to your house for dessert probably isn't the one and certainly isn't going to help you adhere to your diet.

We would also encourage you to seek out people who align with your goals. Make gym buddies and find people from a community that you're already a part of to help support your goals.

Being fatigued is just a part of the modern world, we're all getting up early for work, many have children or pets, we've all got financial pressures. That's without even including exercise and diets. But, one of the most important things when it comes to recovery... sleep.

Getting 6-8 hours of sleep per night is going to be best in order to foster your recovery. It's also going to prevent you from injuring yourself. As well as helping you to control your hormone levels with regards to preventing you from binging and overeating.

Excessive coffee and a lack of sleep are also things which are going to affect your blood sugar and hormone levels which will create a situation where you just want to say “stuff it” and hit Maccy D’s. Getting more sleep is going to be great for recovering from your workouts and staying on track with your diet.

4. Don't put too much pressure on yourself to completely overhaul your diet at the start.

When it comes to being successful on a diet, it's about consistency not perfection. For example, you love to eat a Mars Bar every single day, rather than cutting out chocolate altogether why not switch the Mars Bar for a Curly Wurly. You'll still get that chocolate fix but with half the calories. If you love a Vanilla Latte every day, perhaps try cutting out the vanilla syrup? You'll get the same coffee hit but with less calories.

All of these calories add up over the course of a week. Making these minor adjustments ensures that you still get to enjoy the things you love but will help decrease the risk of you falling off the wagon and going on a binge.

We hope you found that helpful and if there's a way that you find useful which helps you stick to your diet, feel free to add it to the comments below and share it with us! 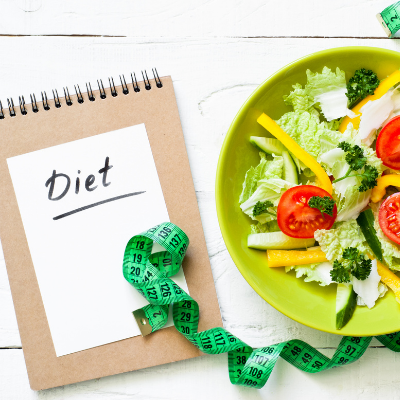 As well as training packages, we also have an in-house nutritionist who can offer you nutritional support, education and personalised nutrition plans. 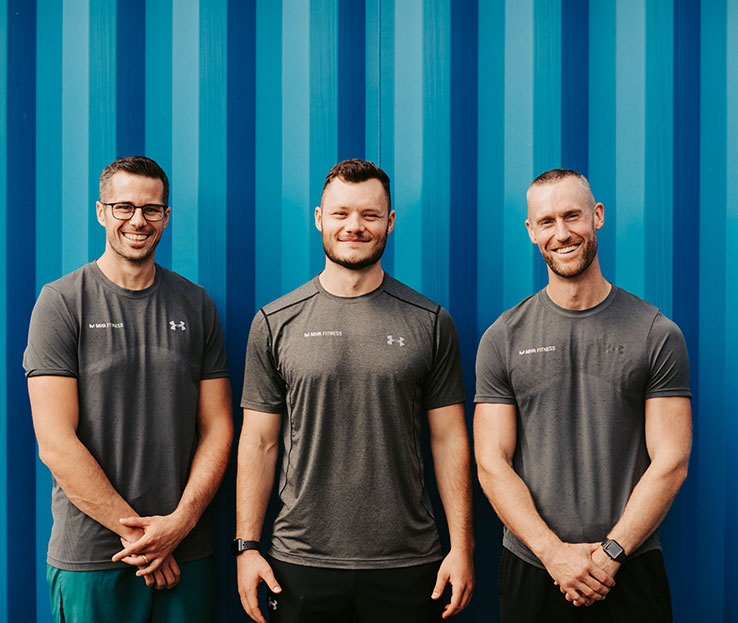 Established in 2016, the MHR coaches have over 15 years of combined experience in the world of personal training and professional sport.

MHR Fitness is built on our coaches’ passion for improving the lives of people through functional fitness and sensible nutrition.

Our team of coaches have excellent customer testimonials, which are backed by continued proven results.

Keep up with us on social media at @MHR_Fitness.

We’re based on the south coast of the UK, but you can train with us from wherever you are around the globe with our Online Training Platform.

If you’re ready to take that first step, simply click below to enquire now.